The University of Santiago de Compostela - USC is a public university located in the city of Santiago de Compostela, Galicia, Spain. It is one of the world's oldest universities in continuous operation. Today, in terms of human resources, the university has more than 2,000 professors involved in study and research, over 42,000 students, and more than 1,000 people working in administration and services. Moreover, in 2009, the University received the accreditation of Campus of International Excellence by the Ministry of Education (Spain), recognising USC as one of the most prestigious universities in Spain. The university ranks 5th in Spain's best universities ranking by Complutense University of Madrid and IAIF and 4th amongst public universities. 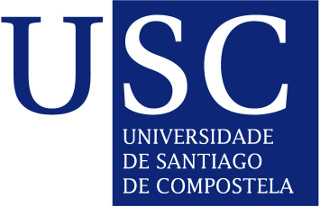 María José Alonso’s lab has pioneered numerous discoveries in the field of Nanopharmaceutical Technology and nanomedicine. She has coordinated several research consortia financed by the WHO, the Gates Foundation and the European Commission. Currently, she is involved in 7 international projects. She is the author of over 277 scientific contributions with more than 17,200 cites (H factor 72) and the inventor of 21 patent families. Because of the quality of her scientific articles she has been among the TOP TEN in Pharmacology (Times Higher Education international ranking, 2010). She has served to the Release Society (CRS) for 15 years and she is currently Past President of the Controlled Release Society (CRS). She is also Editor-in-Chief of the Drug Delivery and Translational Research, an official journal of the CRS, and she is part of the editorial board of 11 journals. In 2006-10, she was the Vice-rector of Research and Innovation of the USC. She has received 29 awards, among them the Founders Award of the CRS. She is a fellow of the American Institute for Medical and Biological Engineering (AIMBE) and a Fellow of the Controlled Release Society, a member of three Academies in Spain and a member of the US National Academy of Medicine (NAM).

Mireya L. Borrajo is PhD student at the Universidade de Santiago de Compostela (USC). In 2017, she graduated in Biochemistry at Universitat Autònoma de Barcelona. In 2018, she obtained a Master’s degree in Advanced Nanoscience and Nanotechnology (spatialization in Nanobiotechnogy) at Universitat Autònoma de Barcelona, working on the functionalization of antibodies onto inorganic nanoparticles. Her PhD research under the supervision of Prof. María José Alonso focuses on the design of novel polymeric nanosystems for the delivery of RNA to the brain.